ESO’s Adaptive Optics Facility (AOF), a VLT project, is set to provide the instruments on Unit Telescope 4 (UT4) with adaptive optics, starting with the Multi Unit Spectroscopic Explorer (MUSE). The AOF – which uses a number of PI translation stages – corrects image distortion due to light from stars and galaxies travelling through the earth’s atmosphere. This image distortion – or blurring – effect is what causes stars to twinkle to the naked eye. Fundamentally, the AOF system is equivalent to raising the VLT about 900 metres in the air, above the most turbulent layer of the atmosphere. This compensates for turbulence at different altitudes, making it possible for ground-based telescopes to capture visible wavelength images that are sharper than those from the NASA/ESA Hubble Space Telescope. Previously, the only ways to obtain sharper images were to find a better location or use a space telescope but, with the AOF, better conditions can be created on the existing site – and at a fraction of the cost. The combination of image sharpness and the spectroscopic capabilities of MUSE will allow astronomers to study the properties of astronomical objects in much greater detail than ever before. Astronomers can even get superb images when the weather conditions are not perfect.

How does the adaptive optics module achieve the corrections?

The AOF’s Four Laser Guide Star Facility (4LGSF) uses four 22-watt laser beams to project columns of intense orange light 30 centimetres in diameter into the sky, stimulating sodium atoms high in the atmosphere and creating artificial Laser Guide Stars. The light from these Laser Guide Stars is used to determine the turbulence and distortion in the atmosphere. This data is used to calculate corrections one thousand times per second, and to command the thin, deformable secondary mirror of the UT4 to constantly alter its shape to compensate for the distorted light.

A similar adaptive optics technology is planned for ESO’s Extremely Large Telescope (ELT), a 39-meter giant using 2,394 PI actuators to continuously realign the 798 individual segments that make up the main reflector. The ELT will be put into operation atop the 3,046-meter high Cerro Armazones mountain in the Chilean Atacama Desert during 2024.

For more information on ESO and the adaptive optics please click >> here. 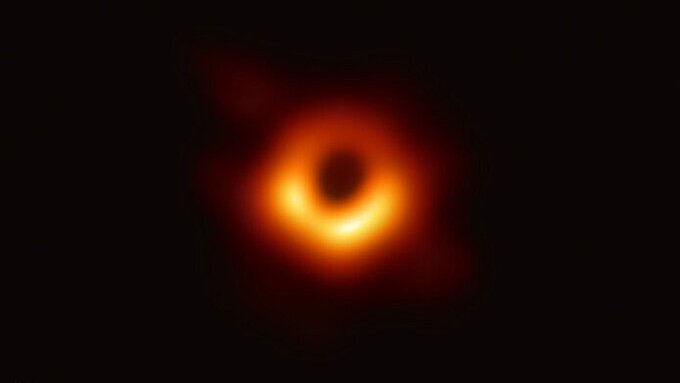 A spectacular, albeit essentially impossible image caused a worldwide sensation on April 10, 2019: The first ever "photograph" of a black hole. 55 million light years away at the center of the M87 galaxy. The unbelievably strong gravitational pull means that even light cannot escape. But, thanks to the Event Horizon Telescope - a combination of eight radio telescopes - the participating...

More posts from this author